Today I’m going to talk about a game.

things i like doing in minecraft. i like  making houses in mountains so i can load the house with redstone. i like building with redstone because i can make a lot of things. my favorite build is making an elevator  with pistons,   slime blocks, observer, and some blocks. i like this build because i can make it go down to a mine shaft with lights that slowly turn on.

There is a lot of things you can do in minecraft. i like playing it with my brother. i always to make big projects. I’m good at minecraft redstone. go big if you think you can do a big project. 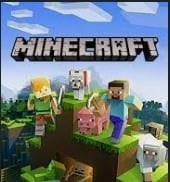 The  book I’ll be talking about is the lost hero.

I book is about a boy named Jason get put onto a bus by a goddes and erases his memories. The other people on the bus know him because of the mist. The mist is the same mist that hide the things that the demigods do.

They were on a field trip when jasen showed up. They were going to the Grand Canyon. When they got there some storm spirits tride to get Jason when couch hedge jumped in the way and they took couch hedge instead.

today I’m going to do a game talk.

The game I’m going to talk about is dragon city. For the people who don’t know what dragon city is a game with over 1000 dragons, but not over 1700. There is 21 different of elements in the game but 6 of them are ancient elements that you can get at a higher level then ten.

You can level up by building habitats for the dragons. the way i like to get xp is by leveling up my war habitat. i leveled it up so much that it took 4 day to upgrade. You could also plant food in farms and you could get a lot of xp depends on the plants you plant, or you could clear the islands that are full of trees and rocks.

There are five default islands but you can get more if you pay real money for them. So i don’t have any more then five islands. When you reach level 16 you can join a guild. When you tern level 16 you should try my brothers guild its the moonlit black cats57777. This guild is privet but i can let people join since I’m co-lead.

I think some of the people will have fun with the daily rewords. and for those that have an account you should try the guild, but you don’t have to if your already in a guild. so i think you will have fun and you should at least give it a try. I’m going to put a link at the bottom that will take you to the download page.

this is the link dragon-city

the books that I’m talking about is the Magnus Chase series. this book series is by rick Riordan. I like this author because of his book Magnus Chase and the Gods of Asgard( this is book 1). this book has a lot of Viking runes but it doesn’t tell you what they are, all they tell you is the name and the magic it does. ( warning: maybe some spoilers)

there is 1 main character Magnus chase. summarbrander which means summer sword. but in the book they call him jack because summarbrander is such a long name. the sword is Magnus chases because Frey gave it up for love. Magnus chase has it because he got it from the bottom of a river.

there are more people in the story, but I will name 1 more and she/he is named Alex. I’m in talking about this one because she/he is the most unique character in all the books because they are gender fluid. they don’t play much of a role in the book, but in the 3rd book there is stuff that happens between Magnus and Alex.

the game I’m going to be talking about is Skyrim.

when I play Skyrim I go for a worrier/ mage.  I wear light armor, but mostly I wear heavy armor. I  rarely use shields. I use healing magic.

I go for a worrier because I like to have a strong avatar, but I don’t want to die easily so I use healing magic. I like to collect deadric armor and weapons. to make the weapons there is a forge under the college of winter hold. there is a trap door just outside the door of the college, but you will need ebony armor.

now I’m going to talk about the college of winter hold. when you join the college of winter hold you are asked to come to look at some nordic ruins. when you get there you have to find some artifacts, but there is a necklace you have to take that sets off a trap. to get out of this trap you have to use unrelenting force on the wall where you got the necklace. when you do that you will go threw a tunnel and see a spirit of the psijjic order. when you talk with him you will go into another tunnel and you’ll have to fight a draugr death lord. when you defeat him you will have time to look at the eye of magnus. that is all I will tell you about that quest.

I want to talk about a big miststory about the dwarfs. they disappeared in the 1st era in the year 700. during the battle of red mountain, the dwemer vanished. there is a belief that they are in a different plain oblivion because you can conjure one of their robots and when you conjure stuff you bring it from oblivion how would the robots be in oblivion. they could have been teleported to the future because they were so advanced. dering the war of red mountain they were tampering with a dead god’s heart. 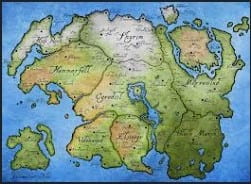 i like a song called what the truck. it has no swears in it. it is also a country song. it has three voices in it, a boy and a 2 girls. the only thing close to a swear is ” they can kiss my as i drive away”. it has an upbeat toon to it. i have this song on my playlist. there is a verity of instruments in it. this is the lyrics and the link.  what the truck. the reklaws wrote the song. the boys voice is low. the combination of the voices is nice. 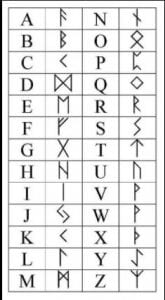 when I started reading Magnus chase I got interested in the Viking rune alphabet. I had gotten the alphabet and copied it down in my notebook. when I copied it I memorized it, and I can write it on paper.

I don’t write with them a lot because I only write with them in my notebook. I do sometimes write on loose leaf. I write in Viking rune because no one else can read. it is like words with a password on them.

most of my brothers have read Magnus chase. they all went threw the same thing as me, but my oldest brother went threw it the most. once I had found runes that one of my brothers made, but at that time I didn’t know what they were for, but I knew the runes. I still lost them. these are the runes

thing i want in my house when i’m older

on the ground floor i also want two rooms. i want a nice kitchen with a walk in pantry. i want to have a lot of counter space. i also want nice water like the water at my house right now.

in the living room i don’t want to see a ghost because it is the living room. i want a tv with Netflix and a console. i want one of those couches that you can change the shape off it. i would want a window so that nice sunlight flows in. 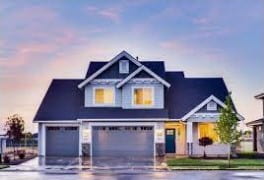 Category: Uncategorised | 1 Comment on thing i want in my house when i’m older

my thoughts on online learning.

i think online learning is bad because people like me git distracted vary easily. like last year i was online learning for almost the entire school year. i had failed to hand in my assignments, and then my grand parents got an email saying that my work was not handed in, so i had to do it all at the end of the year.

the things i get distracted with are  games, YouTube and my life.my everyday life is so distracting because i have to do the fire like every hour. there is so many things at my house to get distracted from. i dont have an office in my house.

i would rather be at school because i get my work done better. i do like listening to music online but its to distracting with YouTube. 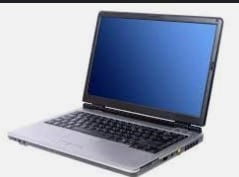 lost gold of the ghost

Hi, my name is TJ. I’m a pirate, I died baring gold in a cave, but a stalactite fell on me, I watch over the cave and tell all the people to get out and not to come back.

Hi, I’m Jack and I have a sister named Lily. I’m 16 and my sister is 17 we live with our mom in an apartment, but we need more money.

I work at a gas station, one day a guy asked me if I wanted to make some money, I said “sure” then he gave me a map and, walked away.

I looked at the map and said, “this island is close”. (Since I live on an island on the ocean).I went home and showed my sister the map.  She said let’s go. we made plans to go.

The plans were to sneak out at night to the docks, then we wait for dawn. We woke up and grabbed a list of supplies, water, food, a lighter, paper, flashlight, and extra clothing.

We left for the docks. When we got there, we took a bout to the island. it was close so it was easy. we looked for a cave, then we found the one. When we got close, we heard a voice, and it said, “get away”. In a kind of ghost like way

I took my flashlight out and started to look around the cave. Lily said “it looks dangerous” ….

We fell in a pit. “Big shocker” I said. “We can’t get out,” said lily. I touched the wall. It was smooth. Then the ghost said “that there is a button. So, I pressed it, and me and my sister and I fell threw the floor, because it opened.